After many months of intense testing, the TV 2/Bornholm recently decided to implement Octopus X as the newsroom system of choice. With its enhanced collaboration and functionality for improved efficiency amongst its news staff, TV 2/Bornholm will also take advantage of some of the newer features of Octopus X including the social media integration, custom exports and integration with speech-to-text software.

TV 2/Bornholm is a popular regional broadcast channel based on Bornholm Island. As one of the seven popular Danish TV 2 stations, they are located at the most eastern end of Denmark close to the Swedish coast. As a news channel, with over 40% of the population regularly tuning in every evening, they were utilizing a subscription-based newsroom computer system but decided that they needed to upgrade their newsroom system to something more modern and fit-for-purpose.

TV 2/Bornholm, as a 24-hour channel, in common with the other seven regional TV 2 stations, are independent companies financed exclusively through a TV license. The channel began broadcasting in September 1990 and the station also broadcasts news on TV 2’s payment channel at selected times during the day.

The professional services are already under way, starting with the key user training. We want to get to know every workflow as best as we can to be able to configure our system to suit your needs. 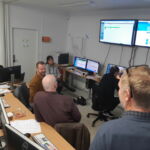 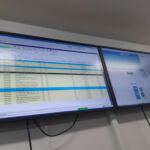